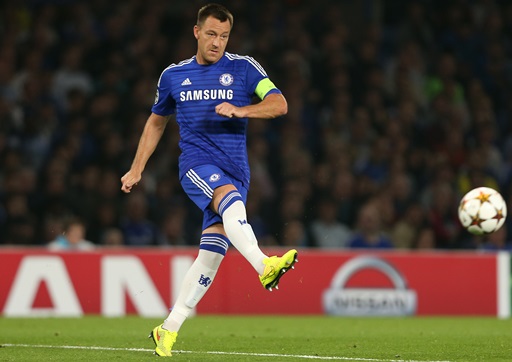 He’s hardly what you’d call a PR department’s dream, but for all the negative press he routinely receives from all and sundry, John Terry routinely shows he is at least fleetingly capable of functioning like a decent human being.

Having been contacted via Instagram over the weekend, Terry sent a really quite lovely message to Chelsea fan Louise, whose mother recently passed away.

“Good morning, I’m so very sorry to hear the terrible news of your mum passing.

“I would love to send you one of my match shirts and sign it to you.

“To know I and Chelsea can help you through this very difficult time would be an honour for me.

“You need to continue your mums legacy and be strong but never be afraid to cry and think of those fantastic memories.

“Over time it will get easier.

“I really hope you accept my shirt. X”

The shirt then arrived on Monday, with Louis posting the following image on Twitter…