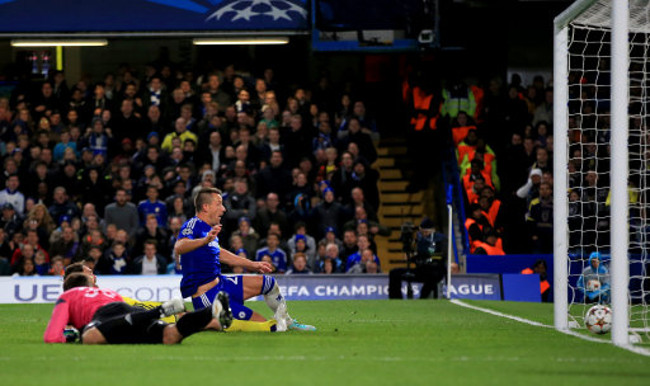 Old boys Didier Drogba and John Terry were both on the scoresheet for Chelsea on Tuesday night as the Blues battered Maribor at Stamford Bridge.

Loic Remy opened the scoring on 13 minutes but injured himself in the process, giving Drogba an early appearance off the bench. The Ivorian netted his goal just 10 minutes later, converting a spot-kick after Ales Mertelj had handled in the box.

Chelsea captain Terry slid home the third goal of the game just after the half-hour mark while after the break, an own-goal from Mitja Viler and a late brace from Eden Hazard (including a penalty) gave Jose Mourinho’s side a very comfortable win.

The west Londoners now find themselves two points clear at the top of Group G and headed for the last 16.