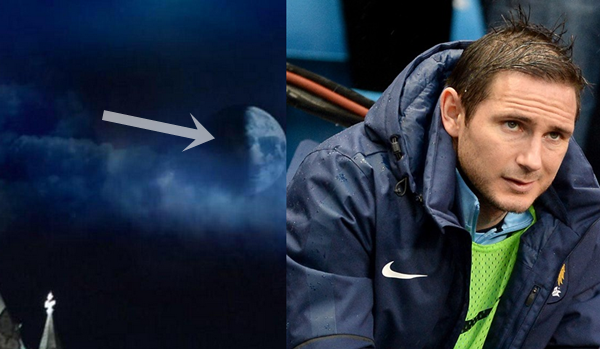 One plucky Man City fan has wagered a full £500 on Frank Lampard to score the first goal in Sunday’s crunch meeting between the two sides after claiming to have seen the midfielder’s face on the moon.

For what it’s worth, that photo looks a little bit tampered-with, but hey ho – there are definitely worse ways to lose £500.

Coupled with the fact that Lampard is likely to start the game on the bench, we don’t fancy Kieran’s chances much.