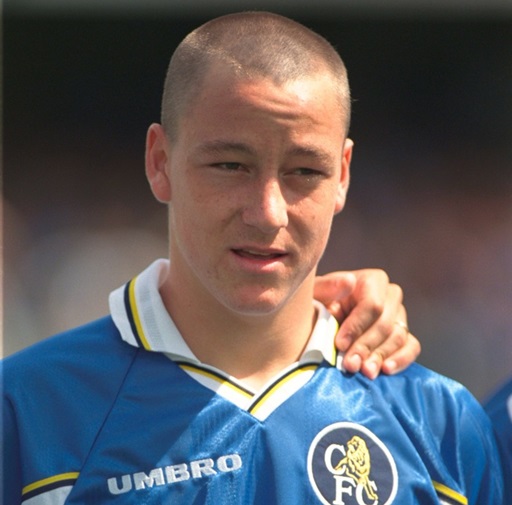 After a few weeks of umming and ahing, John Terry has just put pen to paper on a new one-year extension to his contract at Chelsea, thus extending his deal to the end of next season – his 21st year at the club.

.@ChelseaFC is delighted to announce that John Terry has signed a new contract: http://t.co/LXPUee0aIg #CFC pic.twitter.com/xZsuUAZWjX

Before the news of Terry’s new deal, the 34-year-old regaled the official Chelsea website with tales of his apprenticeship at Stamford Bridge, having first joined the club from West Ham’s academy in 1995 at the age of 14.

Asked about the dues he had to pay as a YTS kid, Terry reminisced about his close relationship with Dennis Wise, who insisted that his young squire lubed up his wee little booties before every game.

“I used to clean Dennis Wise’s boots. He wanted his boots perfect. I used to take really good care of them.”

“I used to Vaseline them and stuff like that. They were about size 2½!

“I learned a lot from Wisey. Every now and then he gave me a little bonus.

Terry also fondly recalled the errands he used to run for the Chelsea players he hoped to emulate.

“I’d do anything for them (the senior players). I’d make their teas and coffees.”

“Even silly things like sit on the toilet to make the seat warm for them in the cold winter days at the training ground.

“It’s bizarre when you think about it but that was part of growing up.”

Yeah, “bizarre” just about covers it, we reckon.

Yeesh. What a suck-up!