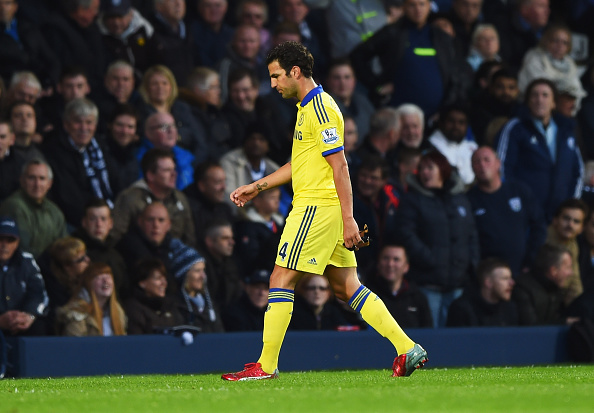 Chelsea’s Cesc Fabregas has ended his season early by getting sent off at West Bromwich Albion for this red-card offence – sending the ball into Chris Brunt’s head:

“Cesc Fabregas knew exactly what he was doing there. He was 10, 15 yards away, and he just boots the ball into the melee of players. Absolutely mindless from Fabregas, he didn’t need to get involved.”

Mindless or deliberate – can it be both?

Oh, and John Terry’s reaction to the red card is wonderful: