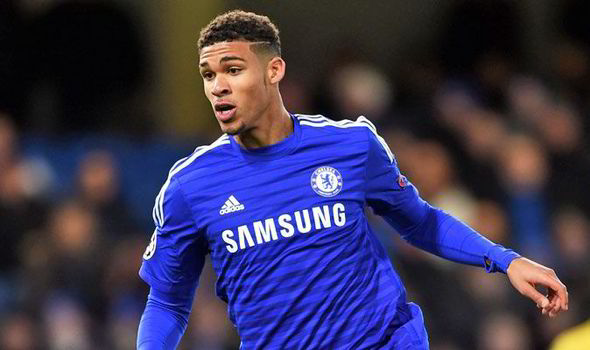 Chelsea won the Premier League by a mile. Comfortably the best team in the country, the Blues were forced, by dint of winning the title early, to play West Bromwich Albion with nothing meaningful at stake.

As Jose Mourinho put it in the post-match debriefing, Chelsea lost because their rivals “let us win the title so easily”.

The game was notable for Cesc Fabregas’ red card for not shouting ‘heads’ as he lobbed a ball towards Chris Brunt, a 3-0 win for the home side and a rare start for Chelsea’s Ruben Loftus-Cheek.

Good on him. A homegrown English player turning out for one of English football’s top clubs is worth celebrating. But writing in the Guardian, Conrad Leach seems to have lost his mind, reading deep meaning and even “doom” into the dead rubber:

Loftus-Cheek… will no doubt be keeping a nervous eye on Chelsea’s incomings from the transfer market this summer. After this performance, some of the senior players will too.

Conrad, mate, Chelsea are the title winners. They are champions by a mile.

Of course, with a whopping 141 minutes of Premier League football under his belt and no goals to show for it, Loftus-Cheek is clearly not up to the challenge. You’re right, Conrad. It’s time for this upstart to move on. Let no man say he wasn’t given a chance.

You might suppose that such utter balls could not be topped. But it can be because in the Daily Express, Brendan McLoughlin says of that Fabregas dismissal:

Chelsea do not intend to appeal and the repercussions are set to be felt next season too, with Fabregas’ three-game ban due to run into the start of next season.

Those repercussions amount to Fabregas missing the Community Shield (big deal) and the season’s League opener. And that’s it.

How will Chelsea survive?