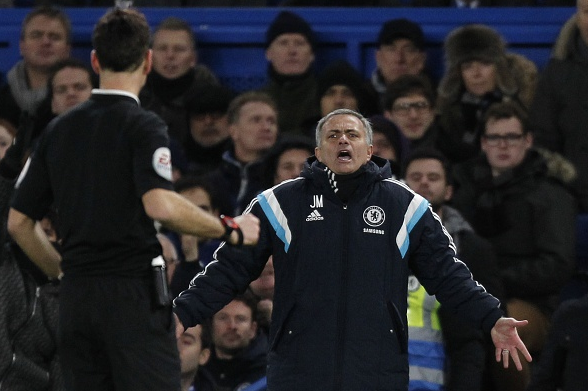 We were going to see if you could guess who had admitted to being wrong, but so rare is it for Chelsea manager Jose Mourinho to admit failure there was a very real danger that you’d be guessing till Christmas….of next year.

So, without further ado, here’s is the Chelsea maestro behaving out of character as he harks back to when he was accusing referees of waging a campaign against his team and holding the Blues to a different set of rules:

“We had lots of mistakes against us but that’s football. Maybe ‘campaign’ is not a nice word. Maybe I would take that word out from my explanation and my comments.

We trust this is just a blip and normal service will be resumed next season when the Premier League trophy is once again up for grabs and Mourinho is using referees to undermine Chelsea’s likeability.

Indeed, if Chelsea had not won the title this term then what odds Mourinho would now be suing the Premier League to replay “minute 30, minute 33, minute 43 and minute 69” until the referees get the right result?