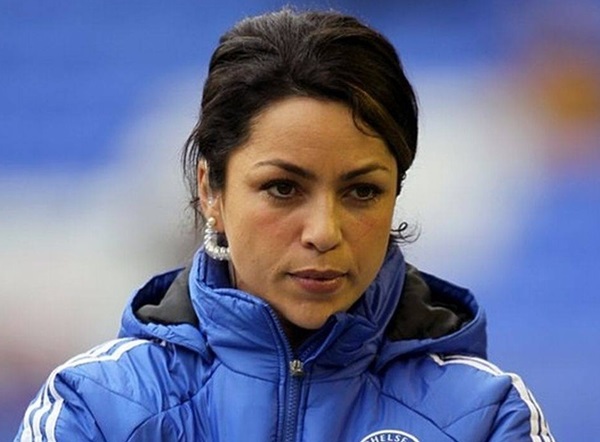 Chelsea’s club doctor Eva Carneiro is reportedly facing a demotion after angering Jose Mourinho by running onto the pitch to treat an injured player during the final few minutes of the Blues’ opening Premier League fixture against Swansea City.

With the scores level at 2-2, Carneiro ran onto the pitch to treat Eden Hazard during the final few minutes.

This left temporarily left Chelsea with nine fit men on the pitch following the earlier dismissal of goalkeeper Thibaut Courtois – a numerical disadvantage that caused an irate Mourinho to then publicly criticise his medical staff for “not understanding the game” after the final whistle.

The fact that Hazard called on the medical team himself to tend to his faked (or at least vastly embellished) injury is apparently by the by.

As such, the Telegraph are reporting that that Mourinho is unwilling to back down, claiming that while Carneiro will remain as Chelsea’s first-team doctor, she will not be allowed to attend training sessions, games or enter the team hotel.

Carneiro…will still carry out her work with first-team players at Chelsea’s Cobham training ground in what is being seen as a re-tasking of duties.

It remains to be seen whether Carneiro will accept her new lower-profile role long term, although she is not the only member of Mourinho’s staff to have their working arrangements changed.

So, the long and short of it appears to be that Jose the Megalomaniac would rather marginalise and ultimately lose a vastly qualified and evidently popular member of his back-room staff rather than back down in a ridiculous squabble over a completely moot issue.

Moronic. We hope she has the sense to just walk away.