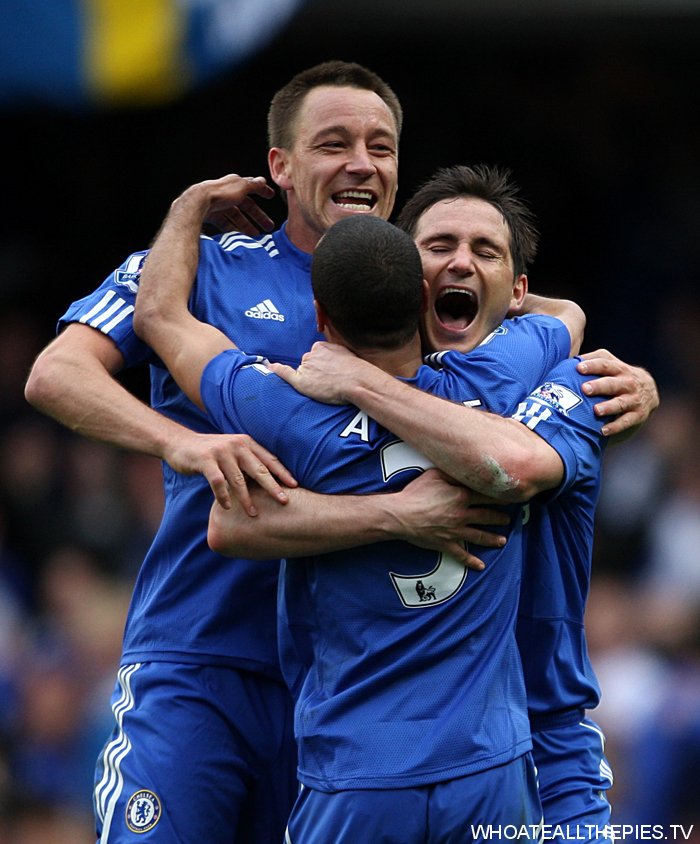 Roberto Martinez just f**ked up any chance he had of a Christmas card from Sir Alex Ferguson. Oh well.

I think it’s almost impossible to argue that Chelsea don’t deserve to be Premier League champions this season. Wayne Rooney kept the Blues honest, almost on his own at times, but Ancelotti’s side was the best team in England, no question; United scored four, Chelsea doubled it. That’s how I’ll remember the 2009-10 Chelsea – as a team that scored a sh*t load of goals; this was not a Mourinho-style grind to the finish line. Lawro has to rethink his cautious 2-0 predictions now.

So, sincere congrats to Chelsea. After a quite captivating season, what do we have to look forward to except the 2010 World Cup and next season? (There is always next season.) Good times, folks.