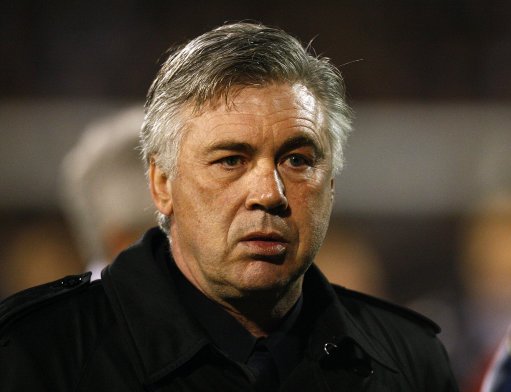 According to several afternoon editions, Carlo Ancelotti is now surviving on fumes after Chelsea were put out of the FA Cup by Everton over the weekend, and will be sacked by the club should his side produce anything other than a win against Copenhagen in the Champions League tomorrow evening.

Under questioning, Ancelotti vowed today that he has no intention to quit his post, yet also acknowledged that the decision is not really his to make.

When asked if he intended to walk out on the club before Chelsea’s game in Denmark, the Italian replied:

“No, not me. I don’t have to consider my position. It is the owner [Roman Abramovich] that has to do that, not myself.”

Several papers were speculating that Ancelotti was about to be handed an ‘escape route’ by Serie A stragglers Roma, who parted with coach Claudio Ranieri earlier today, though the Giallorossi have since confirmed that former striker Vincenzo Montella has now been handed the reigns at the Stadio Olimpico until the end of the current season.