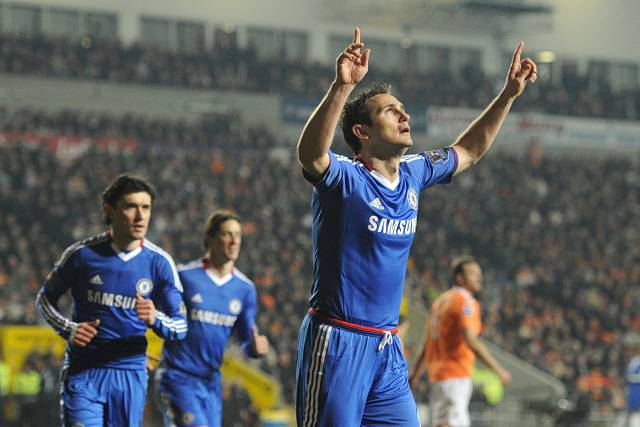 Frank Lampard bagged the very definition of a ‘standard Frank Lampard brace’ as Chelsea closed the gap on Premier League leaders Manchester United to nine points with a 3-1 win over Blackpool at Bloomfield Road last night.

John Terry’s thumping, 20th-minute header opened the scoring and ensured that Chelsea went in at the break with a narrow lead, though Jason Puncheon came close to levelling for Blackpool minutes before the interval when he saw his clipped shot parried onto the upright by Peter Cech.

Lampard then notched his side’s second of the night from the spot, rolling home a penalty on the hour mark after Salomon Kalou tumbled in the area, then completed his brace minutes later when he latched on Kalou’s cute through-ball and steered the ball past Richard Kingson and into the far corner.

The impressive Puncheon then grabbed a late consolation for the Seasiders with four minutes left to play, but it wasn’t enough to stop Lampard allowing his imagination to turn to thoughts of pipping the chasing pack to the Premier League title after the final whistle:

“We have to believe we can do it. It is a long shot and we have a lot to do but if we go and win every game we will have a great chance to do it, but it will be very difficult.

“We are still behind but it is nice to be looking up in the table at the top four. It’s been a good week for us, we weren’t at our best tonight, we were a bit sloppy and we cannot afford to be like that if we want to do anything.”

However, Chelsea manager Carlo Ancelotti wasn’t quite so optimistic:

“Our aim at this moment is to stay in the top four. We have nine points and another game (in hand) against Birmingham but it is too far to think we can come back in to fight for the title.” 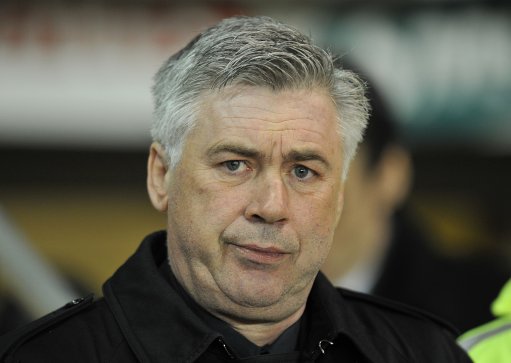 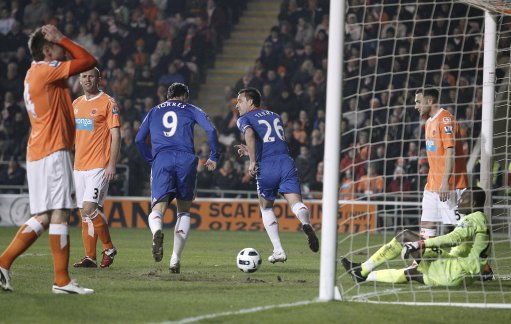 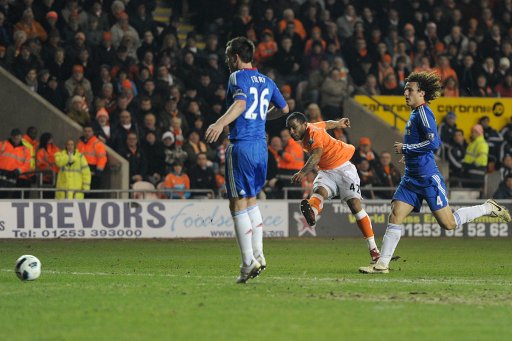 Jason Puncheon fires a shot at the Chelsea goal 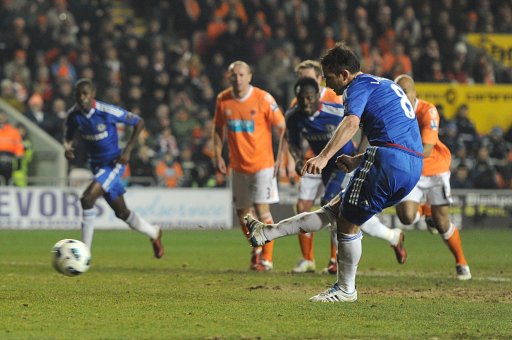 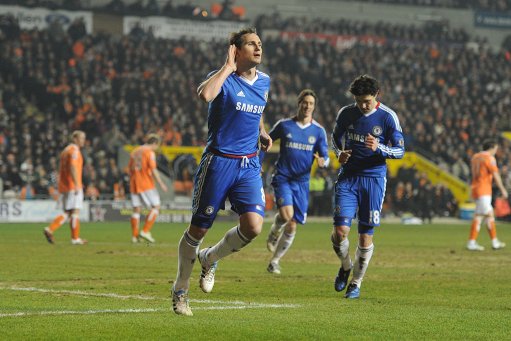 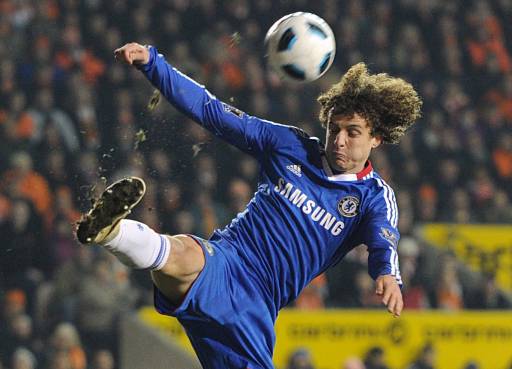 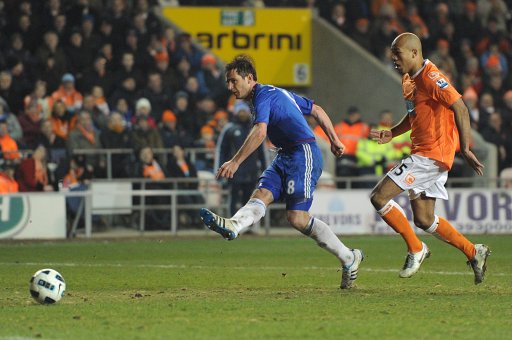 Following a quick interchange of passes with Salomon Kalou, Lampard completes his brace with a cool finish 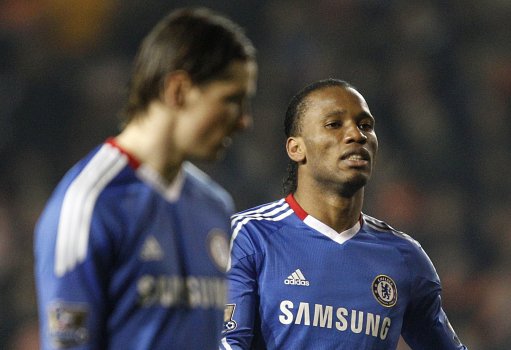 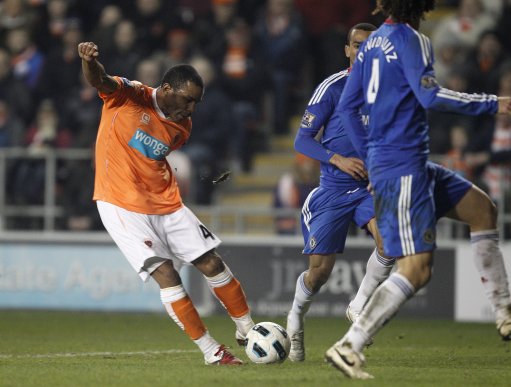