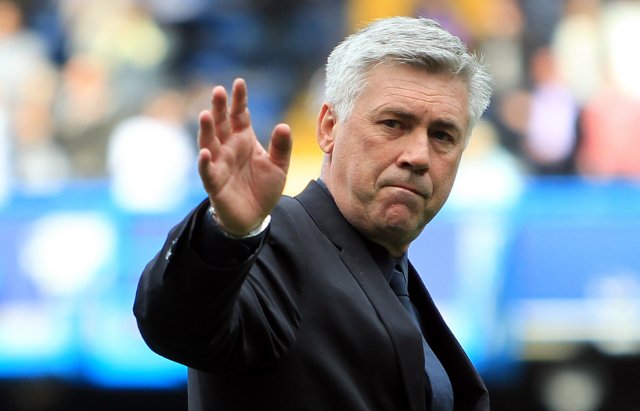 You may be aware by now that Chelsea have parted ways with Carlo Ancelotti for having the down-right temerity to wash up in second after securing the club it’s first ever domestic double twelve months ago, but reports are circulating this morning that the Blues hierarchy followed the West Ham board’s classy lead and decided to sack Ancelotti in the tunnel at Goodison Park.

Several papers are speculating as to the whys and wherefores of Ancelotti’s dismissal, but the Guardian are leading the charge, claiming that ”last year’s Double-winning manager was informed of the decision in a corridor.”

Apparently, Chelsea’s chief executive Ron Gourlay met Ancelotti at the foot of the stairs outside the Goodison media suite which is situated in the tunnel concourse after allowing him to carry out his post-match press conference, and duly told the Italian that he had been relieved of his duties.