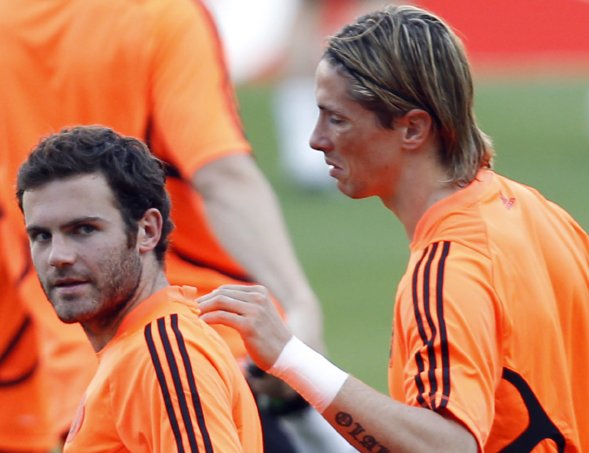 “Christ! Is that you again Nando? I told you, not in public!”

Chelsea travel to Spain to take on Valencia in the Champions League tonight, a game that will see, among other things, Juan Mata return to Los Che in Chelsea blue for the first time after spending the last four seasons making his name at Los Che and a healthy dose of  ‘God knows what?’ from a certain consistently wildly inconsistent freckle-speckled striker by the name of Fernando.

I’m not usually a man to dispense football betting tips readily but, given his recent track record, I reckon you can probably hang your hat on something cracking off.

Rather perversely, the untimely red card that Torres received against Swansea on Saturday previous is likely to earn him a start in the rickety old Mestalla, given that his brief 38-minute run-around at Stamford Bridge renders him one of the fresher players in Chelsea’s first-string.

That’s the way to do it kiddywinks! 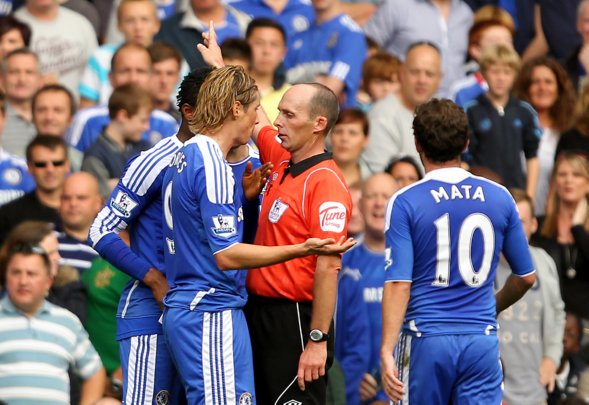 Any road up, seeing as though he’s contributed two smart goals, one abysmal open-goal howler and a straight-red dismissal in his last two back-to-back games/128 minutes of football, we thought we’d have a go at trying to second-guess just what tonight’s game may hold in store for young Nando – in tried and tested list format…

1. Let’s start with the humdrum basics shall we? One goal, one instant red card for clotheslining Unai Emery to the turf on the touchline in crazed celebration.

2. Scores early but, in the stifling heat of a Spanish evening, Torres’ plasticine knee-tendons melt down to the consistency of the centre of a Creme Egg and he has to be removed from the pitch in a groundskeeper’s wheelbarrow.

3. Torres nets a hat-trick, but is also sent off four times simultaneously for raising his hands while screaming foul and abusive language while bringing down a clean-through opponent with a studs-up taekwondo kick to the kidneys.

4. A furious bitch-slap fight breaks out between Torres and Valencia’s Roberto Soldado, with both strikers claiming to have filed the most pathetic fluffing of an open goal so far this season.

5. Torres scuffs the ball badly while taking a penalty but unwittingly unearths a swirling portal to the underworld that has been buried just below the Mestalla penalty spot for eons, into which the entire city of Valencia is sucked – game is written off as a draw.

As I say, I’m not a betting man, but I’m sorely tempted to have some kind of unholy accumulator on all five. 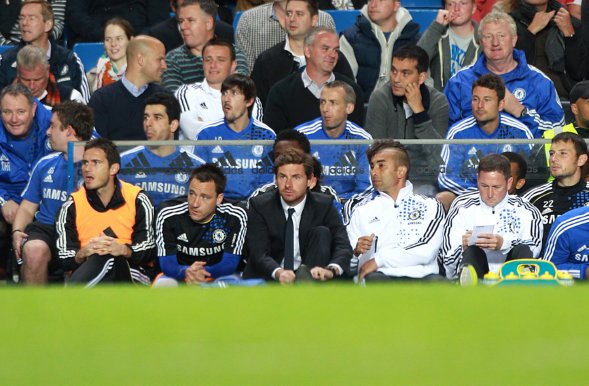 Elsewhere, in other proper preview-y pre-match news – while it’s not set in stone, Frank Lampard is expected to start on the bench again for Chelsea with Ramires available again after serving a suspension against Bayer Leverkusen a fortnight back.

Daniel Sturridge is unlikely to be risked though his dicky knee has cleared up, while Alex, Paulo Ferreira and Josh McEachran are also unavailable as all three didn’t travel out to Spain with the rest of the squad.

Bang! There you go! Care to proffer forth any predictions (Torres-based or otherwise) folks?