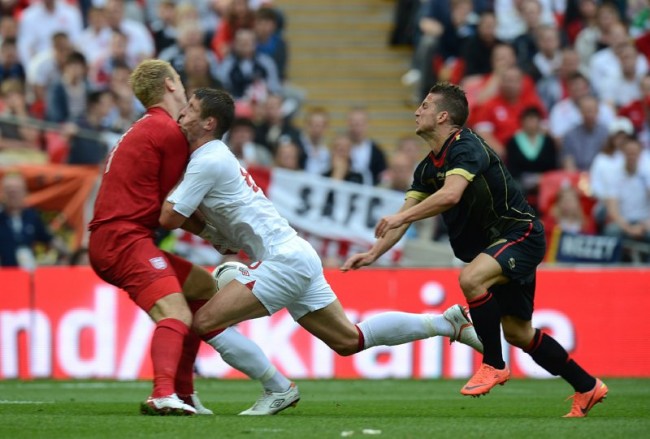 Another one bites the dust…

At this rate, the England side lining up against France on June 11th will be made up entirely of average Liverpool players. Coming in the wake of Jordan Henderson’s promotion to the senior squad courtesy of Frank Lampard’s injury, Henderson’s Liverpool team-mate Martin Kelly has now been called up to the 23 in place of Gary Cahill.

Chelsea star Cahill has been ruled out of the Euro Finals after fracturing his jaw (in two places) in the weekend’s friendly with Belgium. However, Cahill’s loss is Martin Kelly’s gain, with the inexperienced Liverpool full-back now joining up with Roy Hodgson’s side.

Cahill is the fourth England player forced to bow out of Hodgson’s squad with injury, following John Ruddy, Gareth Barry and Lampard. Indeed, add to that list the players KO’ed before the squad was announced – Kyle Walker, Michael Dawson, Chris Smalling, Jack Wilshere, Jack Rodwell, Tom Cleverley and Darren Bent and you have quite a decent crocked XI.

One wonders what Rio Ferdinand is thinking right now.