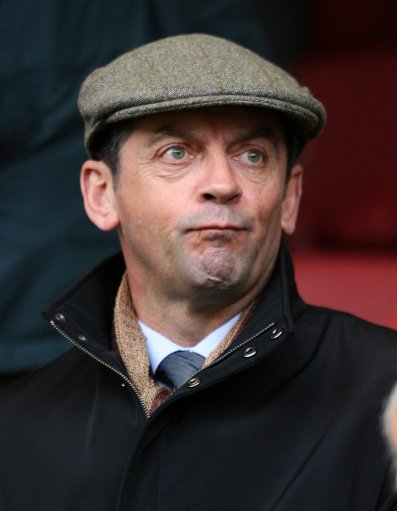 Whilst being interviewed on the wireless yesterday, the perma-tanned self-publicising eejit that is Phil ‘The Tan’ Brown has branded (one hopes mistakenly) Italian playmaking genius Andrea Pirlo “homophobic” for choosing to stay in Serie A rather than playing in the Premier League. Yes, that’s right, “homophobic”.

The only possible reasonable explanation for this judgement from the former Hull City manager is that Brown is refering to the UK’s comparative openess to members of the LGBT community, from Peter Mandelson to Chris Bryant, Graham Norton to Miriam Margolyes. Maybe Brown thinks that Pirlo holds narrow-minded views on humans sexuality and would take exception to seeing the likes of Alan Carr and Sandi Toksvig on his TV screens in England.  Maybe this explanation is in no way plausible.

Or maybe he was talking about Antonio Cassano, in which case he’d have been closer to the truth.

The more logical explanation is that Brown meant to use the word ‘xenophobic’. Although, to be honest, this really doesn’t sound much better. Is a player ‘xenophobic’ for choosing to spend his career in the country of his birth? If so, then 99.99% of English players are just that.

Oh and Pirlo hasn’t done too badly staying in Italy –  enjoying massive success with the likes of AC Milan and Juventus, winning countless trophies including three Serie A titles and two Champions League trophies while he has also lifted the 2006 World Cup. Not bad for a homophobe.