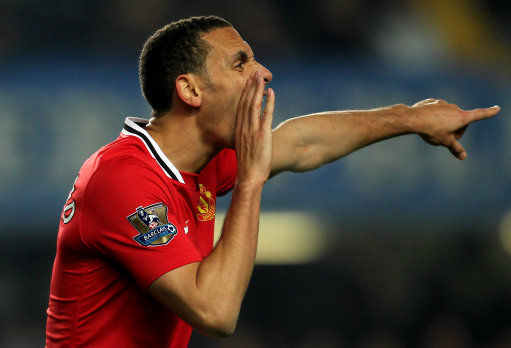 Veteran defender Rio Ferdinand, a player who made it very clear how unhappy he was at missing out on England’s Euro 2012 squad, has criticised manager Roy Hodgson both for not giving the youngsters a chance and for playing too defensively.

“If you take the youngsters to a competition like this, you should get them out there and see what they are made of. I am a fan of The Ox and I wanted to see more of him but in the end he finished up as a spectator. He was almost in the same position Theo Walcott was when he was picked for the 2006 World Cup.”

“Phil Jones is one of the most adaptable players we have in our country and where was he? When we need to take the ball from midfield, run 40 yards with it and put the other team on the back foot, he is the man for the job.”

“Instead, we stayed cautious and Jordan Henderson was used instead. That’s not a criticism of Jordan, he is a different player to Phil, but I thought it showed we were being too conservative. It sends a message to the opponents that you are more interested in defending and playing on the counterattack than making them scared of you. The other thing is that Phil was in the squad before Jordan, who was a standby player.”

I can’t see Jordan Henderson being too pleased with that, can you?

Anyway, you can read more of what Rio has to say in pretty much all the newspapers today. But one question remains – should Ferdinand, who may still have a part to play in future England squads, be publicly criticising Roy Hodgson’s tactics? Me, I think he should show a little bit more class and keep schtum.