This is neat, a little pointless, but neat none-the-less – an infographic showing, on a country by country basis, the position from which every single goal has been scored at Euro 2012 so far… 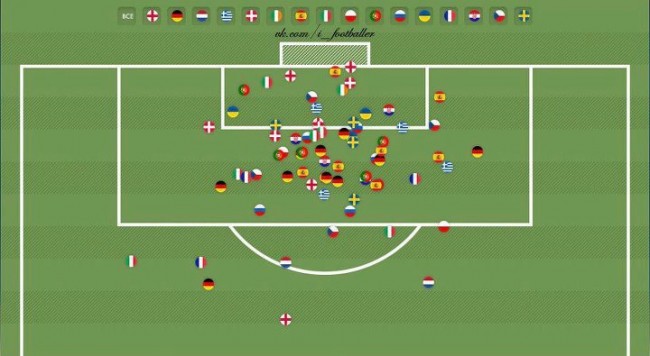 The eagle-eyed among you may have noticed that England have scored from both the furthest out and the closest in. Who’d have thought that Theo Walcott’s wiffle-ball wobbler would be the tournament’s longest-range screamer to date? Incroyable.