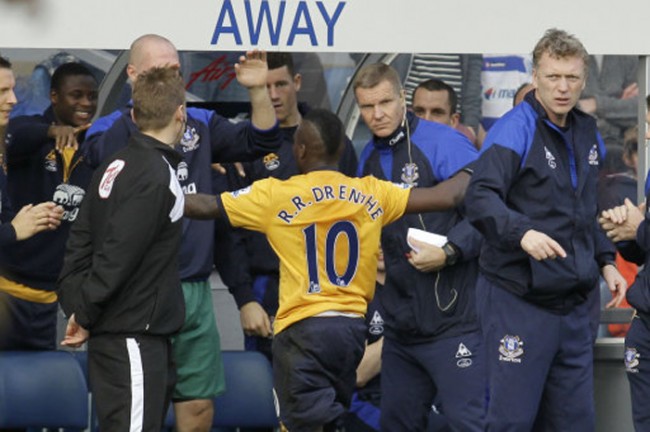 The decision to replace Neil Warnock with Mark Hughes in the hot seat at Loftus Road has yet to have the desired effect for the west Londoners, who once again failed to secure a home win, this time against Everton.

Indeed, it was the visitors who started the brighter, with Tim Cahill hitting the woodwork before Royston Drenthe eventually opened the scoring on the half hour mark, courtesy of a fine long-range effort.  However, the home side forced themselves back into the game and levelled the scores just five minutes later, with Bobby Zamora nodding home an Akos Buzsaky free-kick.

After the break, Rangers pushed for a winner but Everton stood firm and the home side struggled to create many clearcut chances.

Only goal difference keeps QPR out of the drop-zone, which must be worrying for owner Tony Fernandes, while David Moyes’ side stay in mid-table, as always.