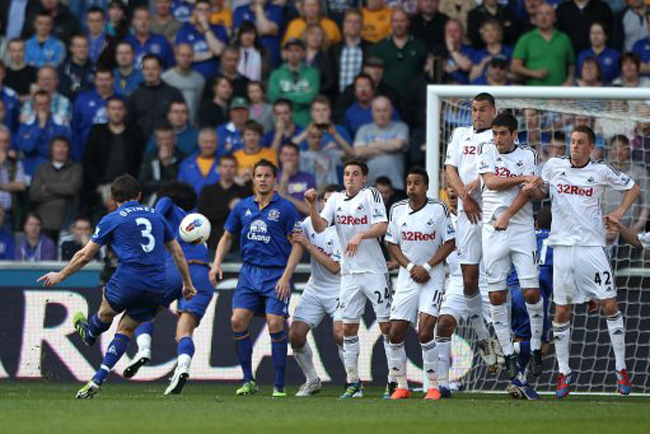 Swansea’s form on home soil this season has been superb, but against a well-drilled Everton side on Saturday, Brendan Rodgers’ charges struggled to breach the opposition defence.

England man Phil Jagielka was back in action for the Toffees and the centre-half was in inspired form in the first half as the Swans threatened the Everton goal time and time again. The home side dominated for large periods of the first but just couldn’t bag that all important first goal.

After the break, the visitors came more into the game and eventually opened the scoring on the hour mark, courtesy of a superb curling free-kick from Leighton Baines. The Swans again tried to get themselves back into the game but it was Everton who would score again, this time after good work from sub Marouane Fellaini set up Nikica Jelavic, who fired home to put the visitors 2-0 up with 15 minutes remaining.

Everton could have scored again through Denis Stracqualursi, but in the end, they were deserved winners and move above Swansea to take ninth place.