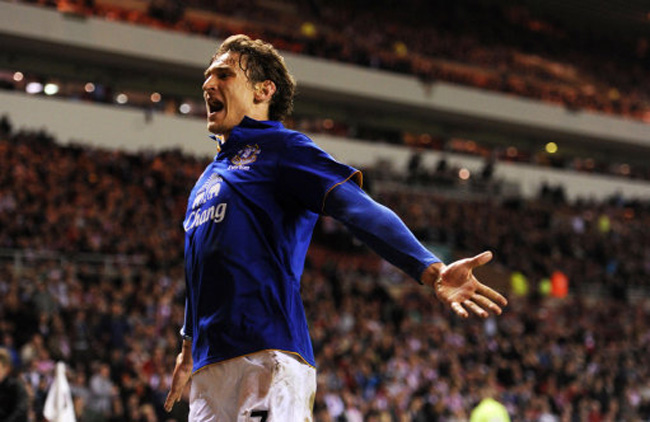 Nikica Jelavic was on the scoresheet again as Everton secured a deserved cup victory over Sunderland at the Stadium of Light. The in-form January signing opened the scoring for the Toffees on 24 minutes as the home side failed to find a spark.

Prior to Jelavic’s goal, Everton could have scored through Tim Cahill, only for ‘keeper Simon Mignolet to produce a superb save. However, with the Black Cats struggling to match the visitors, Jelavic’s goal put the Toffees in pole position.

On the hour-mark, Everton doubled the score, albeit rather fortuitously. The unfortunate David Vaughan made a right dog’s dinner of clearing Jelavic’s weak shot, kicking the ball against his own leg before watching it nestle in the back of the Sunderland net.

In-form winger James McClean struggled to get into gear as Everton continued to dominate proceedings although Stephane Sessegnon did hit the woodwork. Still, David Moyes’ side secured a deserved victory which puts them into the last four of the cup, with Liverpool next up in what should be a fantastic semi-final clash.