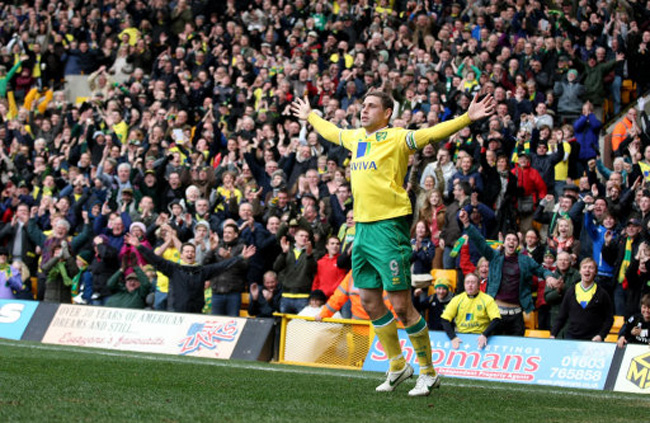 He may not be the most sophisticated of strikers, but chunky hitman Grant Holt is certainly making a name for himself in his first season in the top tier. The Norwich striker was once again the goal hero for the Canaries, netting a late equaliser against an Everton side who had twice gone in front.

Another striker who had many doubters ahead of his move to the Premier League was Nikica Jelavic. However, the former Rangers striker has blossomed with the Toffees and it was the Croatian who opened the scoring at Carrow Road on 22 minutes after good work from Phil Jagielka.

Norwich pushed for the equaliser and were eventually rewarded on 39 minutes, courtesy of Jonny Howson’s first-ever top-flight goal.

After the break, the visitors pressed again and that man Jelavic netted his second of the game when he fired home a Steven Pienaar cut-back. But the Canaries rallied once again and with just 14 minutes left on the clock, Holt was in the right place at the right time to level the scores from close-range.

Everton find themselves in seventh spot while Paul Lambert’s men remain in mid-table after an impressive first season back with the big boys.