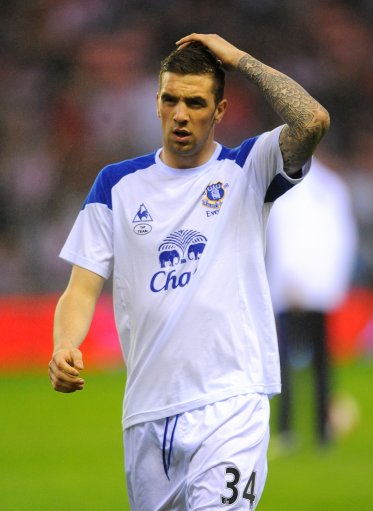 “What’s the stopping distance at 60mph in the rain again?”

Yeah sure, there’s a lot more sordid news concerning footballers doing the rounds today, but in an antidote to all the sleaze and criminality, we bring you an inspirational tale of dedication and mental strength.

Irish youngster Shane Duffy Tweeted today that he had passed his driving theory test, and good luck to him. However, the fact that the Everton only managed to make the grade after 11 attempts doesn’t bode well for his practical, does it? Indeed, it could be sometimes ’til he’s cruising the streets of Liverpool in an over-sized armour-plated Range Rover or some such footballery motor. Here’s the celebratory Tweet…

By the way, Duffy is another one of those Irish players to switch allegiance from Northern Ireland to the Republic, a move which resulted in the centre-half getting a call up to the senior squad in February.