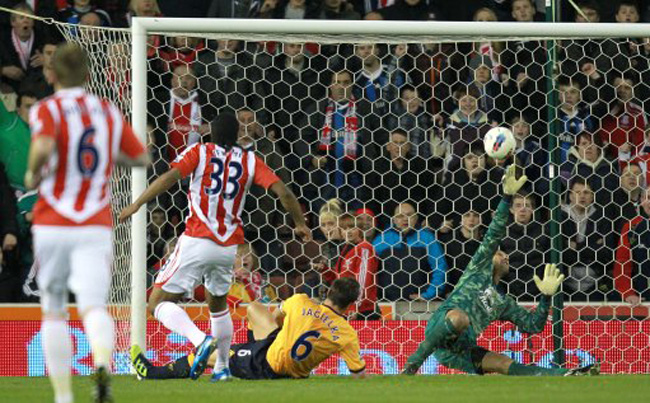 Former Birmingham City hitman Cameron Jerome came off the bench to net an equaliser for Stoke at the Britannia, in a game lacking much quality.

Spindly striker Peter Crouch had given the visiting Toffees the lead just before half-time when he deflected a Tony Hibbert cross into his own goal. However, midway through the second-half an inspired three-man substitution did the the trick for the home side, with Jerome slottimg past Tim Howard to level the scores.