Returning to a theme we pursued last year, Pies looks at each Prem team and asks you to think of them in terms of Liverpool, i.e. a two-man team (Torres and Gerrard, natch).

Today we offer up a very, VERY tricky one: Everton. 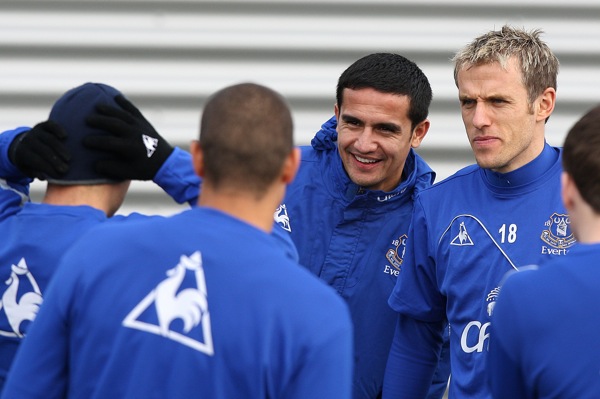 The problem with Everton is the sheer depth of their squad. David Moyes doesn’t do prima donnas, he builds teams – that’s why I think it will be very hard to narrow their squad down to two essential players. But here goes…

I see the two Tims, Cahill and Howard, who are both operating at their peak and who I think are both world-class. But on another day, I could just as easily see Phil Jagielka and Mikel Arteta, or Jack Rodwell and Marouane Fellaini, or Steven Pienaar and Johnny Heitinga. That’s a testament to the quality of squad that Moyes has assembled.