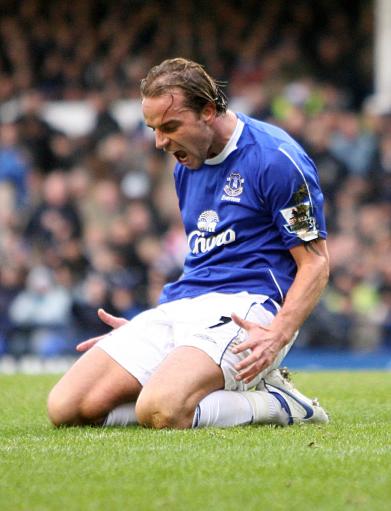 “Look at the pelican fly! Come on pelican!”

As has been made public by Dutch website HP De Tijd and reported by the Liverpool Echo today, former Everton wastrel left a voice mail on Royston Drenthe’s phone back on 29th August of 2011, warning him not to move to Liverpool as the city’s nightlife offered “far too many temptations for guys like them”.

The transcript reads as follows:

“Royston, I hear that you are on your way to Everton. Don’t do it boy, I beg you, don’t do it.

“Liverpool has too many temptations for guys like us. Before you know it you will be dragged into the nightclubs.

“There Bacardi flows and you can ski on cocaine; and the women, Royston. Oh man, oh man, oh man. Those British women with their short skirts . . . .’’

The warning is made all the more poignant by the revelations that came to light about Van der Meyde’s sorry time at Goodison, where he made 20 appearances in over four years at the club as his personal life began to spiral out of control thanks to a heady cocktail of injuries, early retirement, alcoholism, drug abuse, extra-marital affairs and bouts of depression.

You only have to skim these quotes from an interview with BBC Radio Five Live in December to get an idea of the man’s woes.