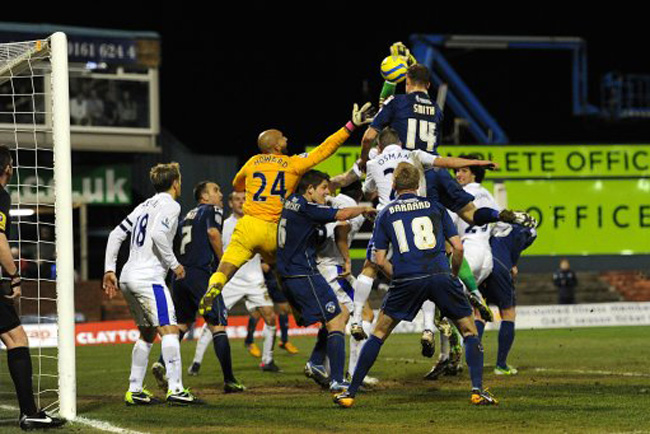 A last-gasp equaliser from Matt Smith earned a superb draw for Oldham against Everton on Saturday. The striker produced a towering leap to head home in injury to level the scores at 2-2 and set up a return clash at Goodison Park.

Jordan Obita had opened the scoring for the Latics after just 13 minutes, but the Premier League side got themselves back into the game courtesy of Victor Anichebe on 24 minutes and then, just after the break, Phil Jagielka.

Jagielka’s header came after some rather poor defending in the box, leaving the England man to head home. However, it would be Everton who would ultimately find themselves on the sharp end of some poor defending late on, when Tim Howard failed to get a hand on a late corner, leaving Smith to head home. Although to be fair, the Toffees’ keeper was under a lot of pressure from Oldham’s players.

While Everton will fancy themselves to win the replay on home soil, the Latics will be buoyed by their draw at Boundary Park