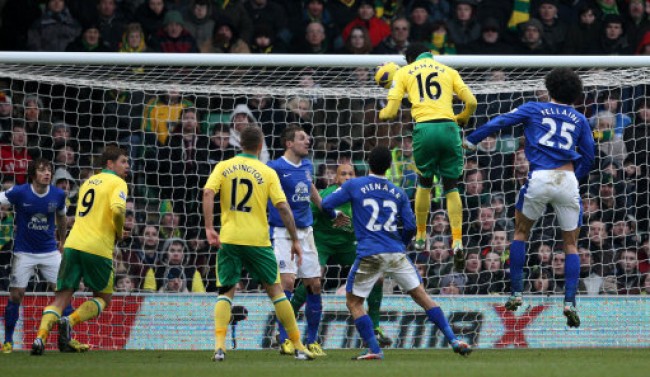 Everton’s hopes of a top-four finish took another blow on Saturday at Carrow Road, with the Toffees conceding two late goals to go down 2-1.

The visitors dominated for most of the first period, with Leon Osman’s goal on 39 minutes giving the Merseysiders a deserved lead going in at the break.

In the second-half, Everton again looked in control. However, the introduction of sub Kei Kamara just before the hour-mark was a stroke of genius by manager Chris Hughton. the Sierra Leone striker, picked up on loan during the transfer window, immediately energised the Canaries’ attack and with just six minutes to go, he headed home from a Robert Snodgrass corner.  But that wasn’t the end of the drama, with Grant Holt bundling home the ball in injury time to give the home side a precious win. Although David Moyes wasn’t impressed by the fact the goal came after the allotted three minutes of stoppage time had already passed.