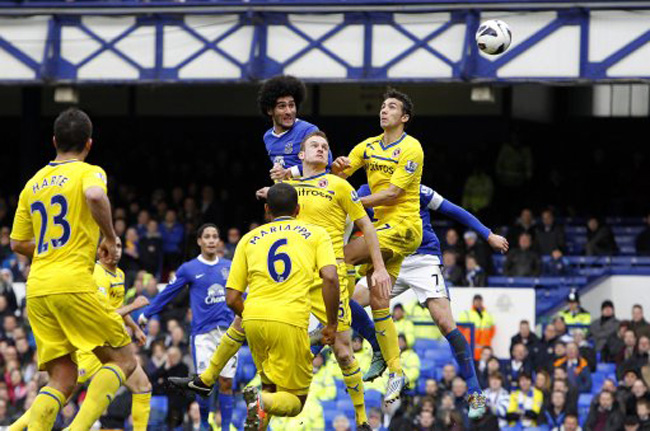 Everton kept alive their hopes of a top-four finish by overcoming a hard working Reading side at Goodison Park on Saturday.

The home side, starting without Tim Howard in goal for the first time in ages, had to contend with an ankle injury for Phil Jagielka which saw the England man depart the field of play after just five minutes.

Despite having much of the ball in the first-half, the Toffees struggled to break down the Royals with Adam Le Fondre even hitting the woodwork for the visitors. However, on 42 minutes the deadlock was broken when  Seamus Coleman’s lovely cross was headed home by Marouane Fellaini.

After the break, the superb Steven Pienaar netted on the hour with Kevin Mirallas making the game safe soon after. Hal Robson-Kanu did get one back for Brian McDermott’s men but it would prove to be nothing more than a consolation strike.

The Toffees move to within two points of fifth-placed Arsenal while Reading remain in the drop-zone.