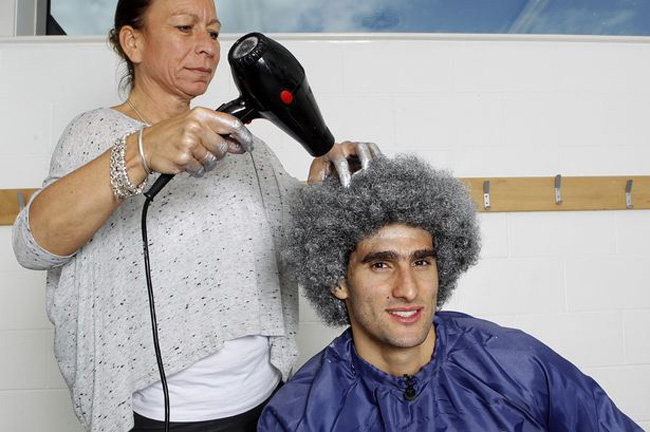 One of the most coveted players in the Premier League, Marouane Fellaini, followed through on a promise he made earlier in the season.

The Belgian powerhouse had vowed to dye his magnificent afro silver if Everton fans raised £25,000 for the club’s official charity, Everton In The Community. And that they did.

Fair dues to Fellaini for going through with the makeover, though. Personally, I think he should keep it for next season too.

Here’s a few more photos of the superb makeover…