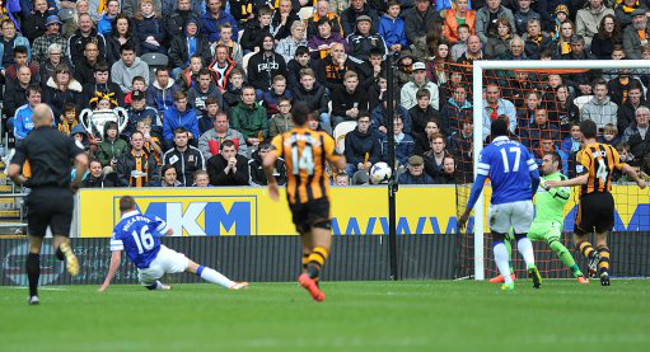 Everton finished their impressive with a deserved win against Hull at the KC Stadium. James McCarthy and Romelu Lukaku were the scorers for the Toffees in a game where Hull rarely threatened the Everton goal. However, the Tigers too have had a good season and had an eye on next week’s FA Cup final against Arsenal.

Everton finish the season fifth, seven points behind Arsenal while Hull end their campaign in 16th spot, four points clear of the drop-zone.