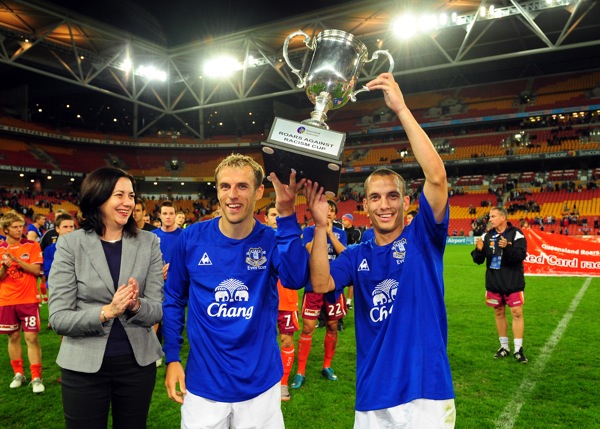 Everton won the third and final match of its pre-season tour Down Under, 2-1 against A-League’s Brisbane Roar. In doing so, they became the first English club to lift a trophy this season. Suck on that, Liverpool!

(Of course there’s no need to mention that it’s the Mickey Mouse… er, Roars Against Racism Cup. Whatever that is. Silverware is silverware.)