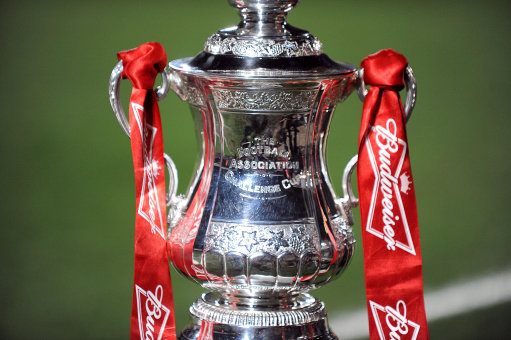 A quick scout around Twitter today has shown that an awful lot of people are up in arms about the FA’s decision to have this year’s FA Cup Final between Wigan Athletic and Manchester City kick-off at 17:15 BST again.

It is the second time in a row that the final will kick-off “late” with last year’s game between Liverpool and Chelsea also starting in the early evening.

There has been a fair bit of consternation from fans over the supposedly ludicrous kick-off time, though FA’s general secretary Alex Horne has defended the call, speculating that “lunchtime kick-offs don’t have the same appeal” as mid-morning ones (???) and that the FA “added a couple of million viewers” by holding last year’s showpiece at quarter past five.

As well as all the guff about Cup Final Day traditions going to the dogs, there’s also a line of thinking that says, by pushing back the kick-off time, it gives football’s moronic element more time to get tanked up before the game and start riots in the terraces like they did during the Wigan-Millwall semi-final. The general assumption seems to be that all fans can’t be trusted to meter out their alcohol consumption and will just relentlessly hoover up lager from the moment they wake to the moment they take their seat.

There is also the criticism that the FA have cynically altered the kick-off time to suit their sponsors and that fans travelling back to the North West at full-time are in for a knackering journey home from London at 9pm on a Saturday while the FA’s corporate VIPs will only face a short chauffeur-driven soiree back to their Canary Wharf penthouses.

Time to canvas opinion: Anyone out there care what time the FA Cup Final kicks-off? Personally, as we’re not travelling Wigan/City fans, we couldn’t care less what time the final kicks-off as long as it’s on television and the mute button is fully functioning for all those pesky “Chiles” bits before and during the coverage.