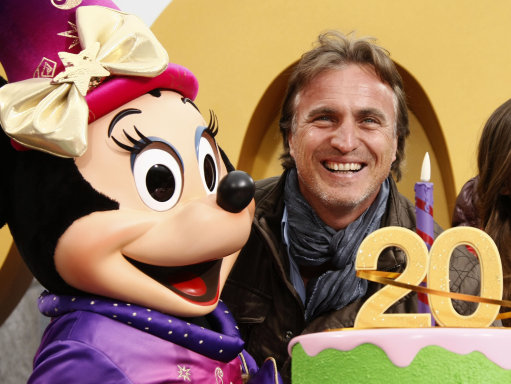 Ginola and Houllier in happier days.

According to a French court, David Ginola apparently isn’t actually worth it after all. The flowing-locked former Newcastle winger had brought a lawsuit against his former France manager, Gerard Houllier, after a spat which goes back 19 years.

Here the science bit – After seeing his French side miss out on qualification for the 1994 World Cup courtesy of a shock home defeat at the hands of Bulgaria, Houllier publicly blamed Ginola for the defeat.

With just seconds left on the clock and the game at 1-1, a score which would have seen Les Bleus make it to USA ’94, Ginola decided to send over a wayward cross rather than hold onto the ball and waste time. The cross landed at the feett of a Bulgarian player and the visitors set off on a last-gasp counter-attack which saw them silence the Parc De prince with and Emil Kostadinov goal, a strike which dumped the home side out of the tournament.

Pies wrote about it before, by the way, here, and even used the same lazy L’Oreal references I use here. There’s even a video of the goal and everything!

Anyway, Houllier reiterated his belief that Ginola was to blame for that debacle in a book he wrote last year entitled ‘Coaches’ Secrets’, and that was, apparently, the (badly-titled) starw that broke the camel’s back for Ginola, who promptly phoned his lawyers.

However, poor old David’s efforts to sue the former Liverpool boss have come to nothing after his lawyer revealed that the court had ruled that there had been ‘irregularities’ in his client’s case. Zut alors!