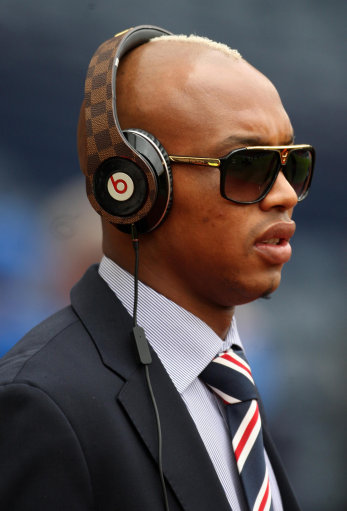 El-Hadji Diouf and five other men have been arrested and bailed over a fight at a Manchester nightclub which left a 33-year old man seriously injured in hospital.

“Six men were arrested on suspicion of violent disorder, five of whom have been bailed until 23 May pending further police inquiries. Another man has assisted the investigation, which is ongoing.”

The ‘another man’ referred to is QPR defender Anton Ferdinand, who is being questioned by the police over his part in the incident, but was not arrested.

Occurring in the wee small hours of Sunday morning, the skirmish at The Circle Club in Manchester city centre apparently left the ’33-year-old man’ in a ‘serious but stable’ condition in hospital with nasty injuries to his head and neck. There are unconfirmed reports that a bottle may have been used.

Diouf was arrested at the scene on suspicion of violent disorder.

It’s always the quiet ones isn’t it?