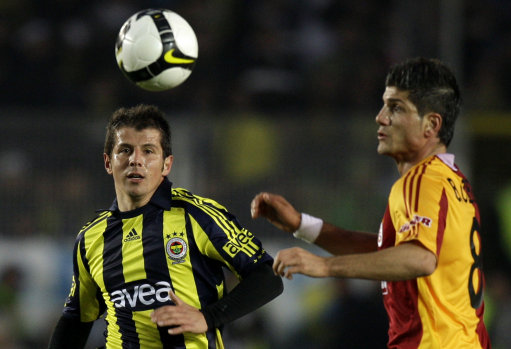 Former Newcastle United schemer Emre Belözoğlu (above left)  is at the centre of yet another racism storm after Trabzonspor midfielder Didier Zokora accused the Turkish star of racially abusing him during a league clash with Fenerbahce at the weekend. The former Tottenham man said:

“Emre and I came face to face during the match. I’ll tell you what he said word for word. He called me: ‘A dirty n**ger’.

“This is the first time in my life something like this has happened to me. Emre has Africans like (Joseph) Yobo and (Moussa) Sow at team-mates – I can’t understand why he’d say such a thing.

“We’re trying to get on with our jobs. What does the colour of our skin matter? Fans, Fifa, the press are all against racist statements. I hope something like this doesn’t go unpunished.”

Emre has previous when it comes to accusations of racism after he was charged with using racist language during an Everton game in 2007. And when asked about Zokora’s comments, the 31-year-old pretty much admitted to racially abusing him. He said:

“In the heat of the moment in matches, you say bad things to one another. I used a stupid word, but he was also insulting me.”

Check out the original incident here.