Would you just look at this tripe? Someone, somewhere though this was a good idea.

More precisely, someone at the National Lottery thought this would be a good idea and went ahead and commissioned the 1.5 metre-long, 60kg fibreglass and concrete ‘lawn ornament’ adorned with the faces of David Beckham, Wayne Rooney, Paul Gascoigne and Stuart Pearce as a tribute to England’s Euro 2012 campagin (all apparently lovingly tended to by Chris de Burgh).

Then, to make matters worse, they went and called the bloody thing ‘Mount Rush-Score’ which is a pun bad enough to give even the hardiest of souls scurvy… 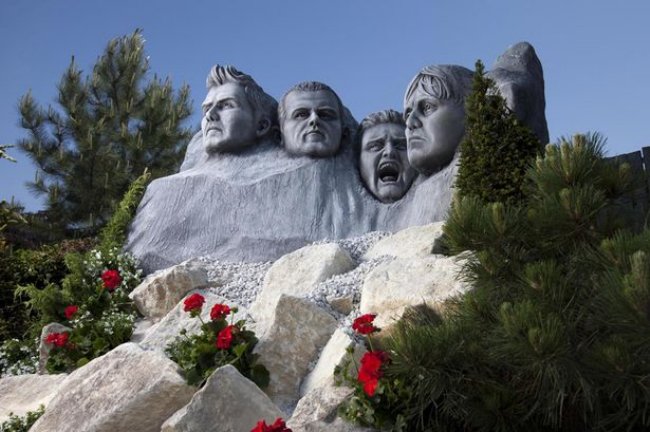 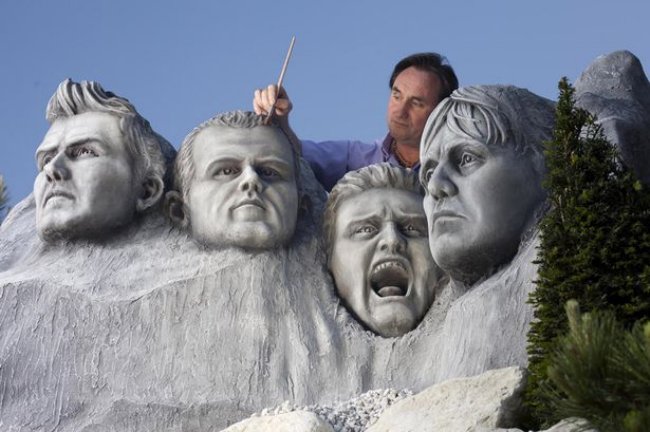 However, Gazza’s face does have a ‘tear-squirting’ water feature built in, so it’s not completely terrible.

The Lottery are actually giving away their Mount Rushscore as a competition prize should you wish to have it grace your rockery, so head over to their Facebook page if you have a thing for large concrete monstrosities.