A couple of gutsy, Atletico Mineiro-associated graffiti vandals went to the trouble of first scaling and then re-christening the ‘Christ The Redeemer’ statue that looks out over the Milionarios region of Belo Horizonte (a smaller-scale copy of Rio de Janeiro’s iconic landmark), spraying Ronaldinho’s name and number across our Lord and Saviour’s back in a homage to his club’s new superstar signing – there was only one small flaw… 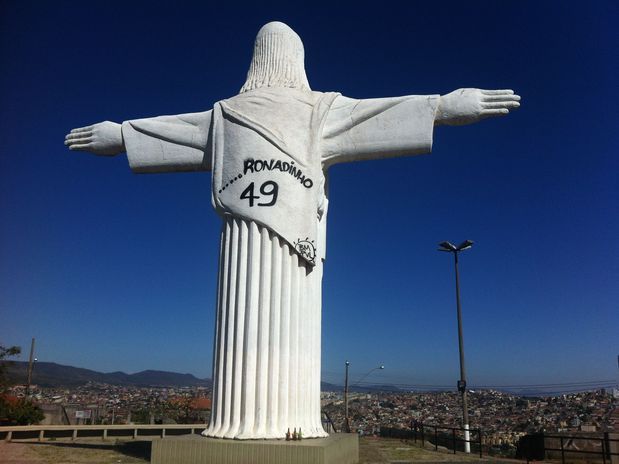 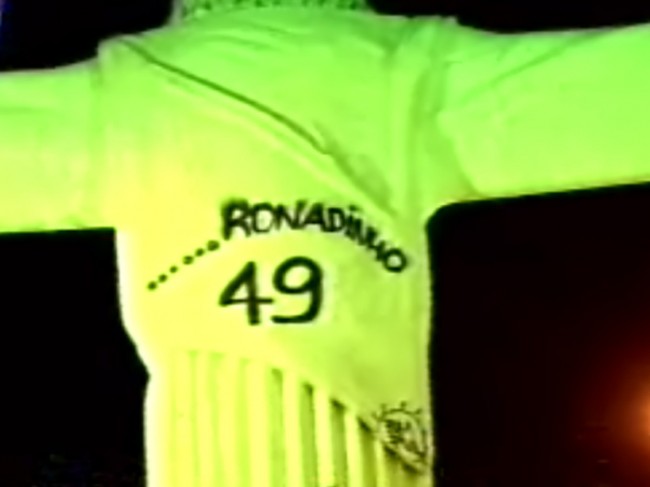 According to Brazilian news reports, one of the two men was later caught by the police after he was spotted driving around town with his ladder still tied to the car roof. He confessed but admitted he didn’t know his accomplice, having only met him on Facebook the previous evening.

Via Esportes (cheers to Pies fan @lohe for the tip-off!)