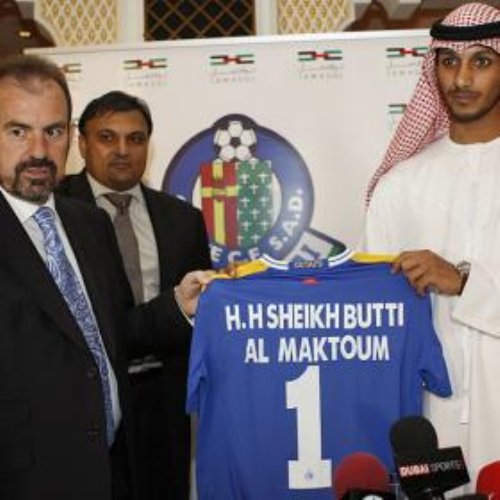 The old ‘fake sheikh’ bit is tried and true, but that hasn’t stopped La Liga side Getafe finding themselves duped out of € 10 million’s worth of investment due chiefly to the fact that the man promising them the cash didn’t actually exist!

According to Spanish paper AS, Catalan police have arrested a network of fraudsters who have done the rounds, making it their business to deceive businessmen and directors of football clubs, including Getafe, into thinking that an Arab sheikh was interested in ploughing money into their coffers.

Apparently the victims, including Getafe president Angel Torres, were promised €10 million euros to do with as they saw fit, and were told to transfer funds as a ‘guarantee of solvency’ to a bank account belonging to the fraudsters. As you’d expect, the victims paid the money into the account but the euros never materialised.

“The fraudsters organised business trips to Arab countries with their victims and had a luxurious office in a wealthy Barcelona neighbourhood, where photos were found of the fraudsters pictured with influential politicians and King Juan Carlos.

“They organised meetings in luxurious hotels which were attended by a false Arab sheikh, who was in fact a Brazilian waiter who was paid €50 to dress up as a sheikh.”

The paper also suggest that representatives from Espanyol travelled out to Dubai but were tipped off about the ruse before any contracts were signed. As things stand, seven people have been arrested in conjunction.

As the old saying goes: “If it looks to good to be true, then it’s probably a Brazilian waiter dressed up as an Arab shiekh.”