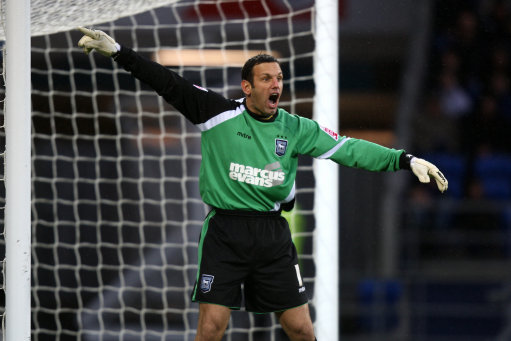 Former Arsenal and England ‘keeper Richard Wright has left new club Preston North End despite only officially signing on last Saturday (on his release from Ipswich), with the 34-year old citing homesickness after requesting to have his one-year contract terminated with immediate effect.

Wright had only trained a few times with his new teammates before he realised he’d made a Gob Bluth-level ‘big mistake’. The man himself told the official Preston website:

“It might seem somewhat dramatic, but I have only been away from my home in East Anglia for a few days and I know already that I simply cannot live that far away from my family.

“I have children settled in school, so moving isn’t an option. I think it is only fair to be honest now rather than down the line when the Club may not be able to solve the problem that I am creating.”

Preston manager Graham Westley sympathised with Wright and his predicament:

“It takes a brave man to be honest in a difficult situation like this. Richard thought he could handle the separations from his family, but he has found it too much.

He is a good man and I wish him well on behalf of all at PNE.”

League One, eh? It can do funny things to a man.