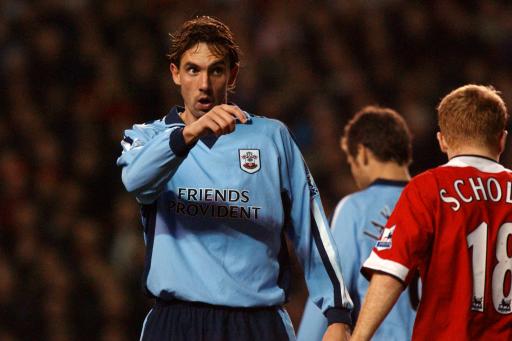 While the JT case and its never-ending cavalcade of swearing pretty much dominating the sporting news at the moment, the allegations concerning betting by Premier League players made by Claus Lundekvam have, so far, not recevied the attention they deserve.

The 38-year-old Norwegian, who lined out for the Saints between 1996 and 2008, has admitted to winning thousands on bets on games he played in, such as the first throw or first corner. The ex-central defender, who makes the claims in a forthcoming Norwegian TV programme, admits that he would often make deals with opposing team captains, something which is rather concerning.

“It’s not something I’m proud of. For a while we did this almost every week. We made a fair bit of money. We could make deals with the opposing captain about, for example, betting on the first throw, the first corner, who started with the ball, a yellow card or a penalty.”

“Those were the sorts of thing we had influence over.”

Jaysus! That’s not good is it? However, Lundekvam claims that match-fixing was never on the cards, saying:

“The results were never on the agenda. That is something I would never have done. We were professional competitors. Even though what we did, of course, was illegal, it was just a fun thing.”

“I know it happened at other clubs as well. We footballers live in a bubble. It was part of the lifestyle and the excitement. Whatever we could bet on, we bet on.”

Surely this needs an enquiry? Lawyers will be rubbing their hands with glee over this, I imagine.