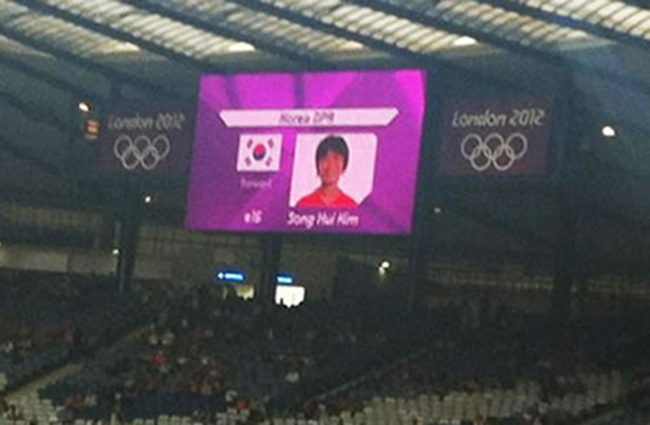 I’m not a massive fan of the Olympic sitcom 2012, however, it’s spoof take on the London games is looking increasingly realistic by the day. The North Korean women’s football team were the latest victims of some dreadful incompetence, when the big screens around the ground (for their clash with Colombia at Hampden Park) showed the North Korean players next to a South Korean flag.

This rather massive gaffe didn’t go down too well with the North Koreans, who promptly walked off the pitch in protest before the kick-off. Eventually they were coaxed back on, before going on to win the game 2-0.

“Ahead of the women’s football match at Hampden Park, the South Korean flag was shown on a big screen video package instead of the North Korean flag.

“Clearly this is a mistake. We will apologise to the team and the National Olympic Committee and steps will be taken to ensure this does not happen again.”

Somehow I don’t think it’ll be the last balls-up we’ll see this summer.