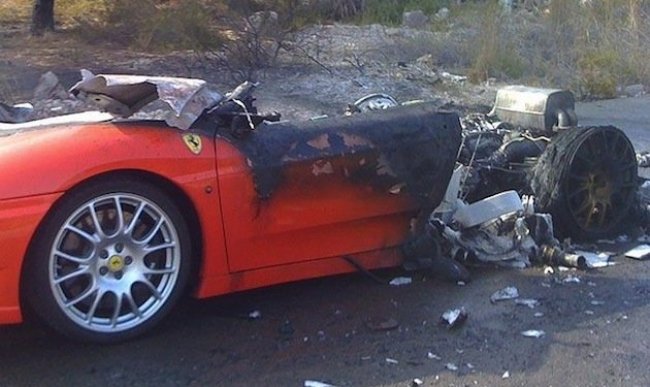 Having already snapped his own ankle in twain by reversing over his own foot at a petrol station (putting himself out of action for six months in the process) earlier in the year, Ever Banega car woes took a new, altogether more incendiary twist yesterday after the Valencia midfielder’s new £195,000 Ferrari caught fire on the road out of the club’s training facility and burnt to a cinder.

Reports in the Spanish media are suggesting that the electronics short-circuited in the Ferrari’s engine bay and caught fire, with the vehicle quickly becoming engulfed in flames – though this was long after Banega was able to bail safely having noticed smoke billowing from the rear of the car.

Here’s footage of Banega attempting to locate a bucket of water to help fight the blaze – though, by the looks of the fire, that would be somewhere akin to tackling the Great Fire of London with a small bottle of Highland Springs…

Hand in your license Ever. Get a horse.