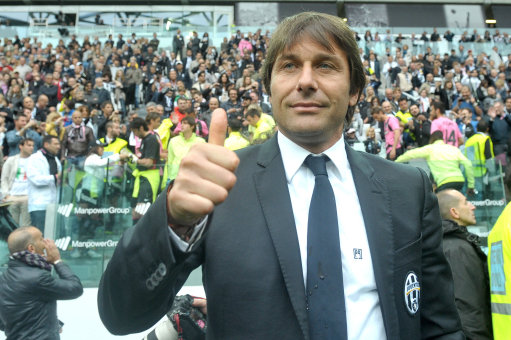 After leading the club to a flawless Serie A victory last season, Juventus coach Antonio Conte has been banned for 10 months after being found guilty of failing to report match-fixing that was going on under his nose at former club Siena (then of Serie B) back in 2010/11. Conte’s assistant coach at Juve and formerly at Siena, Angelo Alessio, has also been banned for eight months,

Conte proposed a plea bargain earlier this month that would’ve seen him serve three-month ban and pay a fine of €200,000, but the Italian Football Federation (FIGC) rejected it as they felt Conte should be punished to the full extent of the law. The FIGC have now confirmed the sanction has been put in place with immediate effect.

The two clubs directly involved, Grosseto and Lecce have both been excluded from Serie B for the 2012/13 season, with both clubs’ former presidents, Piero Camilli and Giovanni Semeraro, banned for five years apiece.

Also accused as part of the Calcioscommese scandal were Juventus players Simone Pepe and Leonardo Bonucci, though both have been acquitted this morning.

Word on the wire is that Juve will look to replace Conte with Italy coach Cesare Prandelli on a short-term contract.