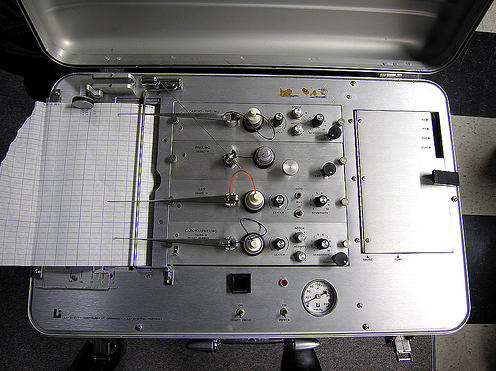 Plovdiv have ways of making you talk

The entire playing and coaching staff at Bulgarian first division side Lokomotiv Plovdiv have all been ordered by the the club’s (slightly paranoid) new owner to undergo lie detector tests after they suffered a shock 1-0 defeat by bottom club Botev Vratsa.

The result was Lokomotiv Plovdiv’s first defeat of the league season, but the manner in which it came about – Botev Vratsa had lost their five previous game – had owner Veselin Mareshki pondering the possibility of match-fixing within his camp and he’s after a little peace of mind:

“Nobody is insured against defeats but this loss was very strange. The fair-play principle is the most important thing for me and all players and coaches will take lie detector tests.”

The Bulgarian Football Union have already opened investigations into claims of match-fixing in four domestic games so far this season, so it would seem that Mareshki’s whittling may not necessarily be misplaced.