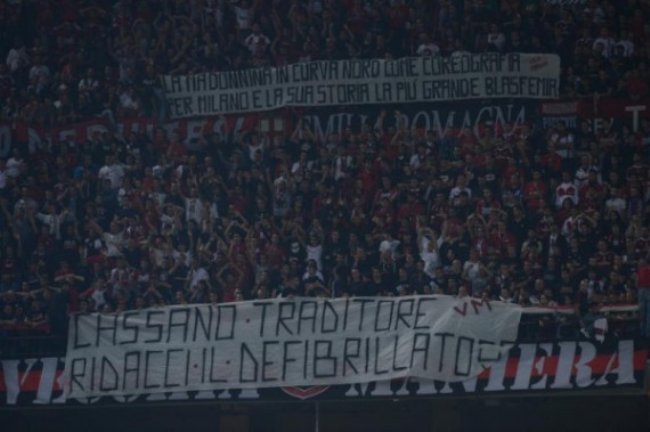 “Cassano. Traitor. Give us back the defibrillator”

AC Milan have been fined after fans unfurled a huge banner during Sunday’s Milan derby demaning that ‘traitor’ Antonio Cassano – who did the unthinkable and left the Rossoneri for the Nerazzurri this summer in a swap deal with Giampaolo Pazzini – give back the defibrillator used to revive him after the striker suffered a mild Transient Ischemic Attack (or ‘mini-stroke’) while at Milan in November of last year.

The reference to Cassano’s heart surgery  – of which there were several on show in the terraces during the game – didn’t go down well with the Italian Football Federation, who have fined Milan to the tune of €8,000 for their dimwitted slogans.