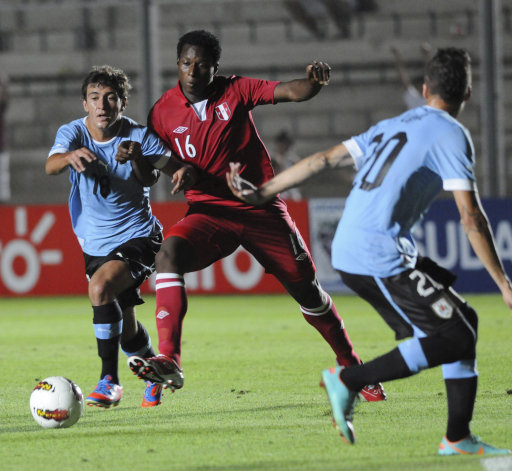 Remember Max Barrios? That said, you may know him as Juan Carlos Espinosa.

A few days back we brought you the story of Barrios/Espinosa; the Peru U20 player who was sent home from the South American U20 Championships after turning out to be a 25-year-old Ecuadorian fellow.

Well, it looks like things are about to get a whole lot worse for him after it came to light that he could be staring down the barrel of a lengthy prison stretch if he’s found guilty of ‘falsifying his identity’.

If (the crime) has been proven, the alleged Peruvian could go to prison for seven to 10 years,” national prosecutor Jose Pelaez told the TV Peru Noticias television channel late on Monday as he confirmed Barrios was under investigation.

Pelaez added that the defender’s alleged father, Peruvian former footballer Angel “Maradona” Barrios, is also being investigated as an accomplice.

The scandal erupted when members of Ecuador’s U20 squad told their superiors that they had seen the defender playing in their domestic league and that his name was not ‘Barrios’. He was then officially identified as Juan Carlos Espinoza Mercado, a 25-year-old Ecuadorian.

The player and his father are claiming that the ‘Barrios’ holds dual nationality, but the document (which states he was born in northern Peru) has been annulled by the Peruvian authorities, along with his birth certificate.

Barrios joined Peruvian first division side Juan Aurich a year ago on a junior contract, claiming to be 17-years-old and born in 1995. He was then picked for the U20 side for the first time a few months later before the furore over his identity whipped up a week ago.

Just to pile on the misery, his contract with Juan Aurich has now been torn up too.