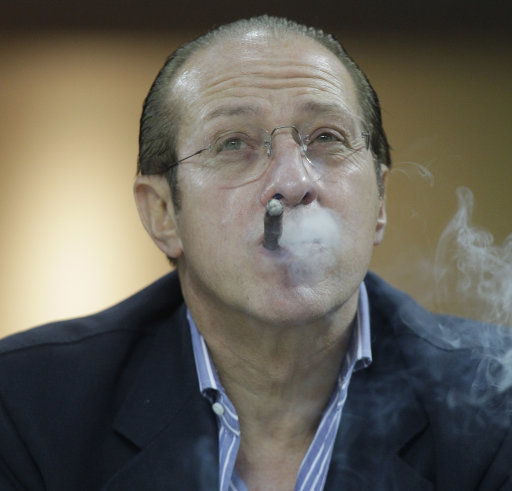 Incredibly given his surname, you’ll no doubt be astounded to know that Paolo Berlusconi – brother of former Italian Prime Minister and current AC Milan owner, Silvio – is currently mired in a race controversy after being caught on camera at a political rally calling Mario Balotelli a ‘little nigger’.

Speaking at an electoral campaign meeting for the ‘People of Freedom’ party in Monza, Paulo Berlusconi – a newspaper owner and politician – told the audience:

“I’ve finished. OK, we are all off to see the family’s little nigger. [Balotelli’s] a madhead. All the young ladies are invited as well – you can even have a chance to meet the president.”

The following footage then appeared on La Repubblica’s website…

Now, Berlusconi actually used the word ‘negretto’ which, as Luis Suarez will duly attest, is supposedly altogether more familiar and supposedly less offensive than the English translation would suggest – though it’s fairly obvious that Berlusconi was talking in pejoratives, however vicious.

Here’s hoping that Mario catches wind of the comments and follows through with the pre-Euro 2012 quotes he gave last year, in which he vowed to ‘kill’ any sucker that publicly abused him.