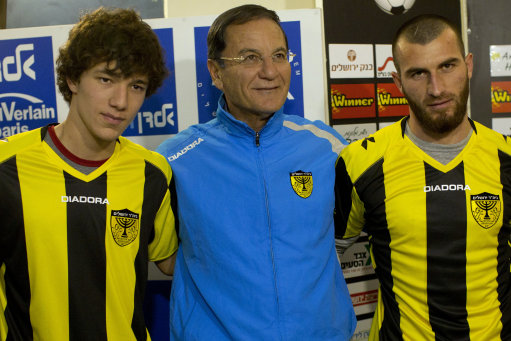 The club house of Israeli Premier League side Beitar Jerusalem was torched by arsonists last night and police suspect the “extensive damage” was caused in protest over the club’s recent acquisition of Zaur Sadayev and Gabriel Kadiev, two Chechen muslim players.

The police have said that no injuries were caused by the fire, but that a lot of club memorabilia was destroyed in the premises which sits right next to the Beitar training ground, stating that their “initial findings show the blaze was caused by a number of suspects.”

Beitar have already been sanctioned by the Israeli FA after their fans chanted anti-Muslim slogans and unfurled a sign protesting the Chechens’ arrival during the first game after Sadayev and Kadiev joined the club last month.

The club were fined around £9,000 and ordered to close the 7,000-seater eastern stand at the Teddy Kollek Stadium where the club’s ultras usually congregate. Four fans were also indicted.

Beitar are widely known to be a right-wing club and have never signed an Arab player at the behest of their intolerant fans, despite players of Arabic descent being on the books of every other team in the Israeli Premier League and the Israeli national squad.