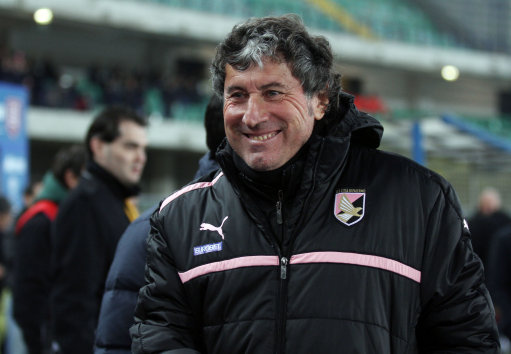 Considering they have perennial fruitloop Maurizio Zamparini as an owner, it’s a wonder he lasted this long, but Palermo have today made the not-the-least-bit-surprising announcement that their manager of three matches, Alberto Malesani, has been sacked after Sunday’s 0-0 draw against Genoa.

It’s perhaps worth pointing out that Malesani didn’t actually lose a game during his blink-and-you’ll-miss-it tenure, drawing all three fixtures against Pescara, Chievo and Genoa.

It should also come as no shock that, in the same fell swoop, Zamparini has also re-hired the man he fired to bring in Malesani in the first place, Gian Piero Gasperini, who was last sacked as Palermo manager on 4th February, 2013.

That makes it four managerial changes in the last six months for the Rosanero, who are currently rock bottom of the Serie A table and six points from safety.