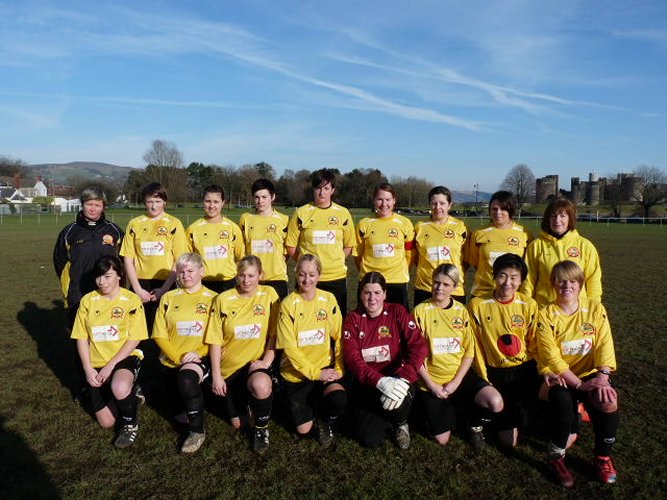 Given that their “best” result so far this season was a 0-5 home defeat on the opening day, it’s fair to say that Caerphilly Castle Ladies FC aren’t having a stormer in the Women’s Welsh Premier League this year.

In fact, ‘Castle’  – who are one of the biggest clubs in the country – have somehow conspired to concede 219 goals in the space of ten matches, though they have managed one goal in reply, grabbing a solitary concilation in a 1-14 loss to Caernarfon Town.

It all came to head last weekend when Castle racked up the biggest defeat in the history of the Women’s Welsh Premier League when they were well and truly stuffed 43-0 by Cardiff Metro University.

Their last five results make hard reading: 0-26, 0-36, 0-21, the 1-14 against Caernarfon and a 0-28 defeat against Aberystwyth Town all coming in the lead up to last weekend’s stinker against Cardiff Metro.

The league table as it stands (via Welsh Premier.com)…

All this comes just two seasons after Castle won the Welsh League Cup, though according to BBC Sport a “mass walkout of their first team to set up rivals Cwmbran FC” last summer has left Caerphilly reeling, with the squad now entirely made up of reserves and youth team players – though chairwoman Julie Boyce is remaining staunchly positive:

“We’re putting a brave face on things, but yes it’s tough, and if it went on indefinitely, it would threaten the future of the club. But we’re about more than the first team,

“You could argue that we could have done more to help ourselves. We could have promoted some of the really talented girls from the under-16s into the first team, and the results would have been nowhere near as embarrassing as they have been.

“But at the start of the season we took the decision that the first team crisis shouldn’t be allowed to disrupt the excellent work we’re doing at youth level.

“We’re taking a long-term view. We’re not going to rush girls through just to window dress this season – we’ll take our time because we know that in a few years we’ll be back bigger and stronger than ever.”

And with that, Pies have a new favourite Welsh Women’s Premier League side.